In the last post, we mentioned that there were some companies on the brink of collapse. One of the companies mentioned was BlockFI.

Last we checked in, BlockFI had lost $285 million and was trying to raise money from VCs to bail themselves out. Sam Bankman-Fried, the billionaire founder of FTX, has stepped in with a butt-load of cash.  SBF has extended a $250 million line of credit to keep them afloat.

There was also another company on the rocks, Voyager, which SBF has stepped in to help. Voyager has lost $650 million and SBF is giving them a loan of over $500 million.

Some might find it puzzling that a billionaire is using his own money to help other companies - companies that might one day compete with FTX on certain aspects of the business. The more web3 companies and protocols go bankrupt, the more investors lose trust in the whole thing and withdraw their money. This would lead to yet further bankruptcies and total chaos. SBF is extending loans to these companies to try and avoid this spiral.

US Banks have the Fed (the US central bank) as their lender of last resort. It seems web3 companies have this guy .... 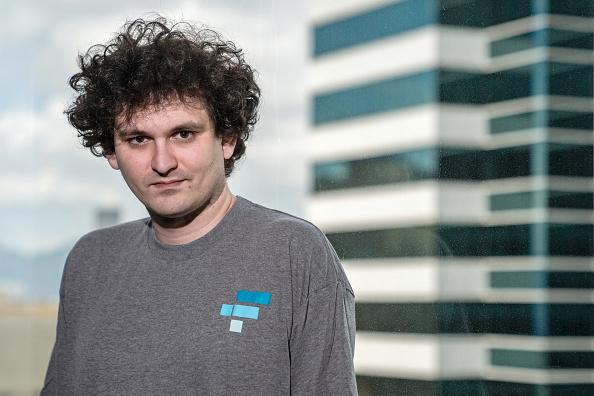 Stablecoins have been in the spotlight since the spectacular collapse of Terra's UST. This week, there's further news on the stablecoin front. Tether, the issuer of USDT, which is the most widely used stablecoin in the world, has announced they will issue a stablecoin that is pegged to the Great British Pound. The stablecoin will be called GBPT and will be pegged 1:1 to GBP.

Tether is doing this because it believes the UK will become a centre for innovation in the web3 world. The UK government came out in April and stated that they want to become a global hub for crypto. Tether's CTO had this to say:

“We believe that the United Kingdom is the next frontier for blockchain innovation. Tether is ready and willing to work with U.K. regulators to make this goal a reality and looks forward to the continued adoption of Tether stablecoins”.