Why the whole world became so interested in some Bored apes

The company behind a collection of monkey pictures is now worth around $5 billion. This is the story of how and why that happened... 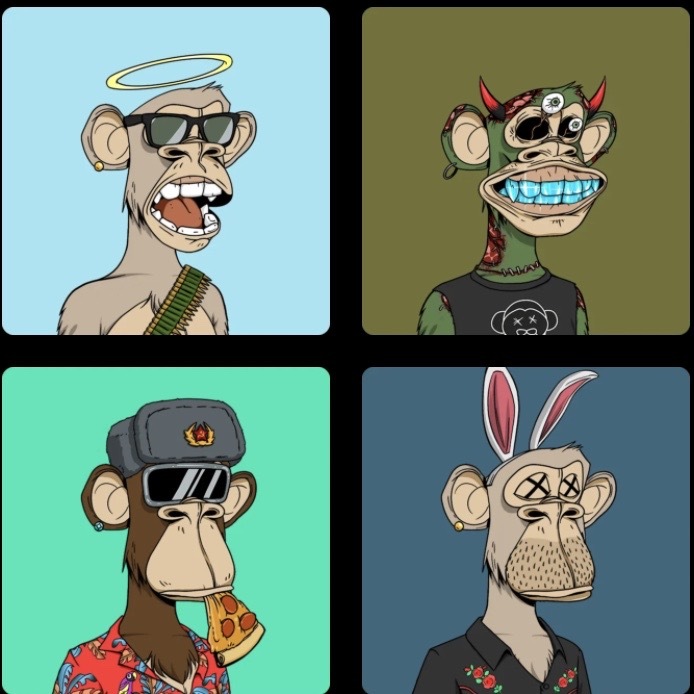 It started with a team of anonymous developers who had some jokey pseudonyms: Gargamel, Gordon Goner, Emperor Tomato Ketchup and No Sass. At the time, they were normal people working day jobs, living normal lifestyles and experimenting with a few creative projects on the side. Now, these people with their slightly ridiculous pseudonyms are self-made multi-millionaires.

Kevin Hart, Dave Chapelle, Jimmy Fallon, Eminem, Paris Hilton, Steph Curry and many others have bought bored apes. One single ape (#8817) sold at auction for $3.4 million. And the startup behind the creation, Yuga Labs, was looking to raise money from one of the worlds most famous Venture Capital firms at a $5 billion valuation.

Even though this has all happened in under one year, the project did not start off with a bang.

Gargamel (yes we're going to use the ridiculous pseudonyms because we don't know their real names) got into crypto because of his college roommate, who was mining bitcoin back in 2010. He then got his friend Goner interested (and invested) in crypto in 2017. Together, they had an idea for a members-only community, with a collectable art component. They came up with early ideas like CryptoCuties, which were NFT girlfriends (thank god they didn't go with this one).  After spitballing for a while, they came up with the bare bones of what would later become the Bored Ape Yacht Club. The only problem? Neither of them knew how to code.

This is when they recruited their friends from university, No Sass and Emperor Tomato Ketchup, who were studying Computer Science. While these two knew what they were doing tech-wise, they did not know much about crypto. In February, they started learning solidity - which is a programming language used to write smart contracts on the Ethereum blockchain - and they got started.

Some Growing Interest in the Bored Apes

In the week-long pre-sale period, things moved slowly. The team managed to sell about $30-40,000 worth of Bored Apes during this period. After the initial launch in April 2021, it took 12 hours for all of the 10,000 apes in the collection to sell out, for a price of 0.08 ETH (around $300). In the first month of the launch, there were only 35 total transactions on the secondary market, for an average sale price of $313.07. So while the price hadn't risen hugely (yet), the collection had sold out relatively quickly. Some of these early buyers must have seen the value proposition behind these magical monkeys.

What gives Bored Apes their Value? The Tokenomics

You might have heard of Soho House. Soho House is a members club with fancy clubhouses in different locations around the world. It's basically a place for the cool people to hang out. Bored Apes is building an online version of Soho House. Owning a Bored Ape gives you access to this club of like-minded tech and crypto nerds. And when you look at the names mentioned earlier, it's clearly quite a powerful club to be a part of.

As the project has grown, the team has been doing more and more to build a community. There have been Bored Ape get-togethers in New York, California, Hong Kong and the UK. There was also an Ape Fest in October 2021. which included an actual yacht party and a concert that featured Chris Rock and Aziz Ansari, among others.

Bored Ape's can also serve as a digital identity for their owners. Owning a Bored Ape is a status signal, the same way owning a Rolex or a Ferrari is. If you own a Bored Ape, it either means you were rich enough to buy one recently, or that you were early to the NFT space and savvy enough to buy one. And yes, even if you don't own an ape, you can copy an image and make it your profile picture, the same way you can buy a fake Rolex. But just like a fake Rolex, people can tell. Twitter has NFT profile pictures now, so you need to connect your crypto wallet to prove it's the real thing.

One more unique aspect of the Bored Ape Yacht club is that owning a Bored Ape gives you the commercial rights to it. Some Bored Ape owners have been finding some quite creative ways to make use of this. One owner created a whole backstory and set up a Twitter account for his ape, called Jenkins. Jenkins was then signed to a real-world agency and is getting his own biography written.

One of the most common (and sensible) pieces of advice when investing in NFT projects is to look at the founding team and the level of experience they have. The team behind Bored Apes were and still are,  anonymous. Now, this isn't an alien concept in the crypto world. Nobody knows who Satoshi is, even to this day. But you have to remember that in the crypto world, there have been many scams, rug pulls and scandals around projects with an anonymous founding team.

One of the reasons the team behind an NFT project is so important is because you want to see that they are experienced. The four founders behind Bored Apes were not experienced at all. They were new to the NFT space and just experimenting. But despite these factors working against them, the Bored Ape team managed to make history.

So why did Bored Apes take off?

They were Early to the NFT Game

April 2021 might not seem that long ago. But in NFT-land things move fast. Bored Ape Yacht Club launched just after CryptoPunks had done really well and after Beeple sold an NFT for $69 million. So people were becoming aware of NFTs. But importantly, Bored Apes launched before what's called the "NFT summer" where hundreds of NFT projects launched. So Bored Apes came on to the market at the perfect time when investors had just started searching for the "next big thing" but there weren't many other NFT projects on the market to compete with. Bored Apes had a four-month head start before the NFT market got hot, and this benefitted them enormously.

In July, the New Yorker observed that Bored Apes were taking over Twitter. by this time, people had started using them as a status symbol on Twitter. Often, NFT owners have invested in many projects, but for a lot of these people, their Bored Ape seemed to be the NFT of choice for their profile picture. This probably had something to do with the rising value of the Ape's, but could also have been influenced by the strong artwork and the unique characteristics of the apes.

Remember that some of the utility provided by buying a Bored Ape was that you have full commercial rights to the Bored Ape that you own. Bored Ape owners started to use these rights in creative ways, and others started to take notice. 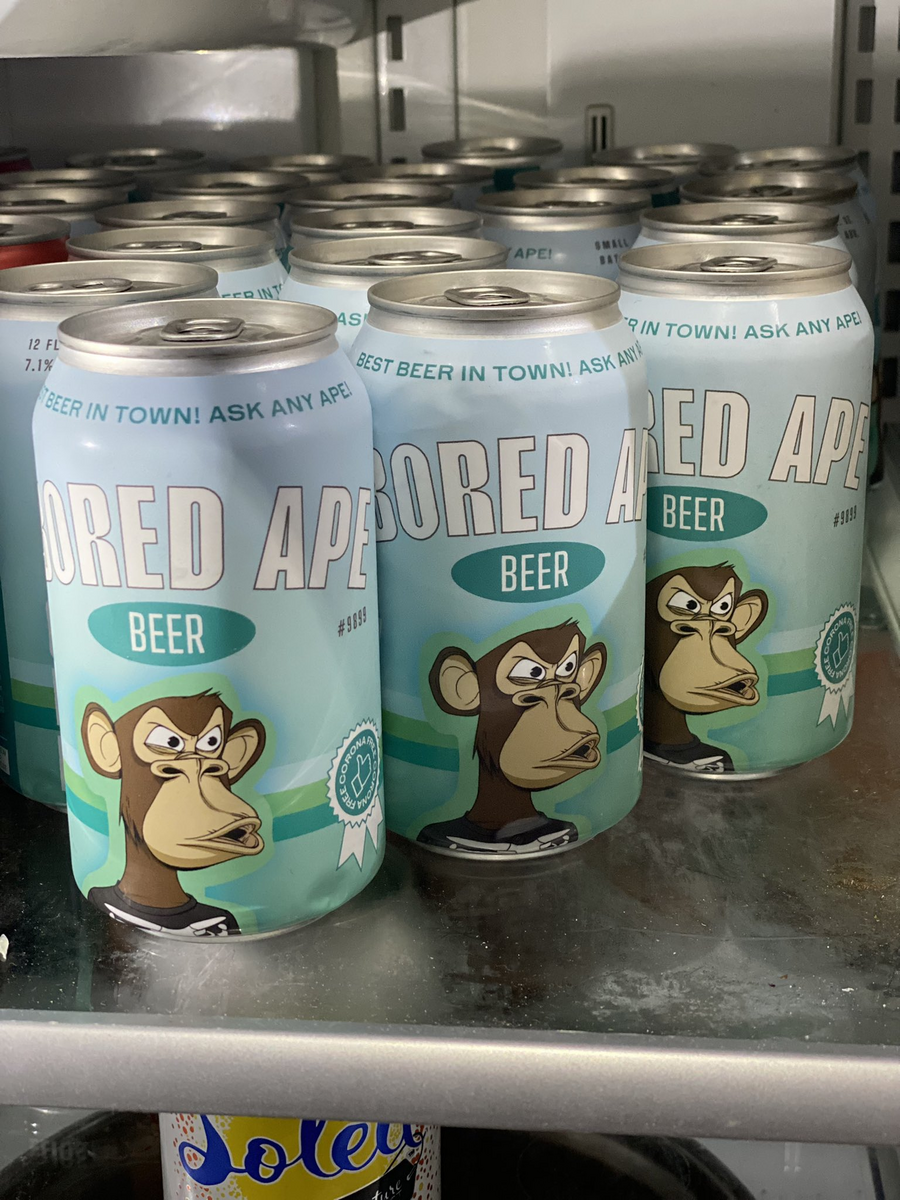 And then, after some initial traction, the A-listers started rolling in. In November, Jimmy Fallon bought this ape for more than $200,000 and made it his profile picture on Twitter, which exposed the project to his 50 million followers.‌

Since then, Bored Apes have been making headlines everywhere. Bored Apes have been sold at auction for millions of dollars, and they've done $2 billion in sales volume. That means 2 BILLION dollars has changed hands as people buy and sell Bored Apes. To see a full list of celebrities that own an ape, look here https://boardroom.tv/bored-ape-nft-celebrity-owners/. There are 39 names on this list! And this list is not playing fast and loose with the term "celebrity" either. You will most likely know most of the names on this list - they're all top-level athletes, musicians, entertainers and business people.

We haven't even covered the recent craziness

Stick around for part II on Friday, where we talk about the #1 Crypto project buying up the #2, the invention of Apecoin and how the Bored Ape Yacht Club recently oversaw the biggest sale of Metaverse land in history!

Your first steps into web3. Two emails a week explaining concepts from the world of Crypto and DeFi in simple english.