A16z on the State of Crypto

A16z is a venture capital firm led by Marc Andreessen, one of the most famous names in the technology industry. They have bet BIG on crypto and web3, and earlier this week, they came out with a report about the State of Crypto right now.

It was 58 pages long. To be fair, the pretty pictures and graphics took up a lot of space. But still! Here is a tl;dr summary of the report.

If we put the market cycles to one side, the long term trends look good 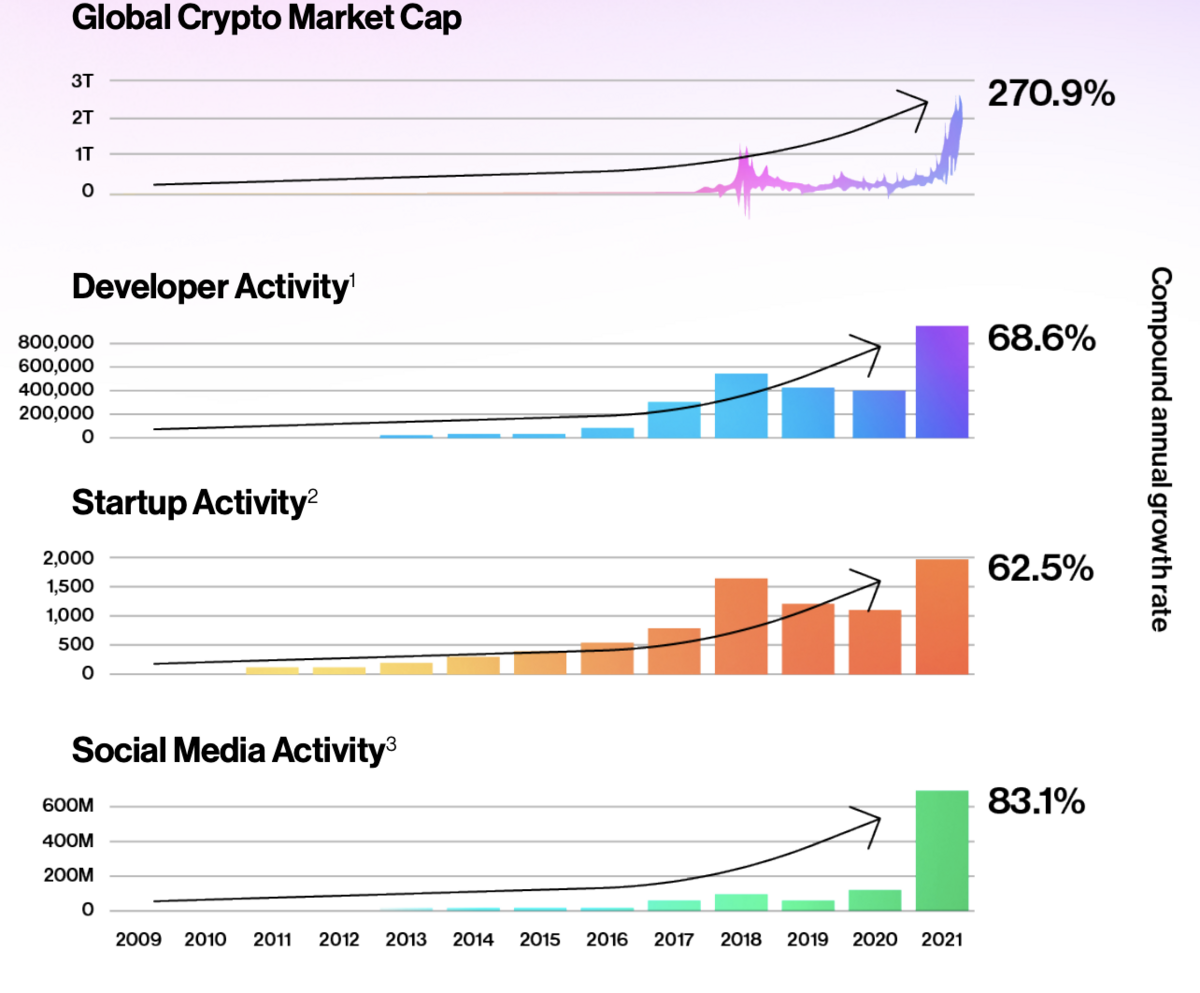 Ethereum is not the only blockchain in town

When it comes to the number of addresses and transactions on the network, other blockchains are catching up to and surpassing Ethereum.

For developers though, Ethereum is the only blockchain in town

HOWEVER, you can see that other ecosystems like Solana are on a similar trajectory. They just haven't been around long enough to see the kind of adoption the Ethereum network is seeing.

There are still 1.7 billion people who do not have access to bank accounts and of these, 1 billion have a mobile phone and 480 million have access to the internet. DeFi has the potential to change the lives of some of these people.

NFTs are changing the game for creators

These are the revenue per creator on different platforms.OpenSea is a platform used to sell and trade NFTs, and a16z compared earnings on OpenSea to earnings on equivalent web2.0 platforms widely used by creators. Here are the results:

We're still in the early days of web3 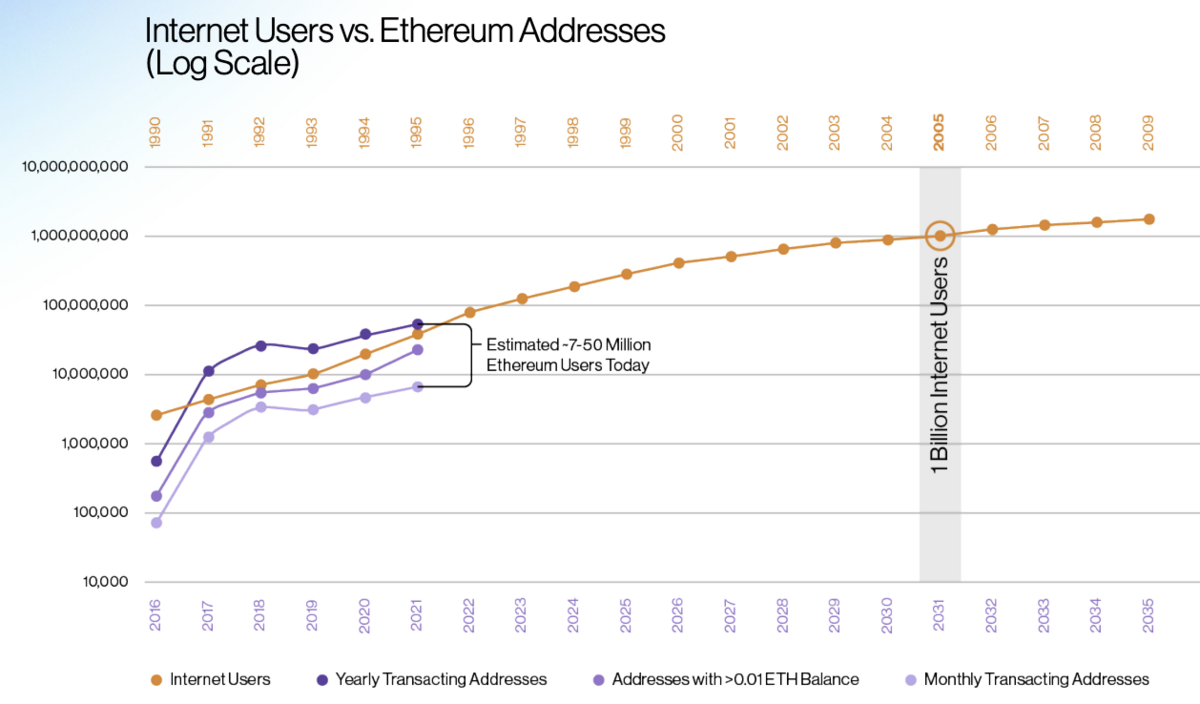 a16z expects many more creators to embrace NFTs, once they realise how lucrative this route could be for them. They also expect a lot of development in the web3 gaming space. They think that the new users coming in from these two channels will earn tokens, and will be willing to store and exchange these tokens using DeFi protocols. According to a16z at least, the future looks bright - bear market or otherwise.

Your first steps into web3. Two emails a week explaining concepts from the world of Crypto and DeFi in simple english.